Palma Opens Up To Bowls 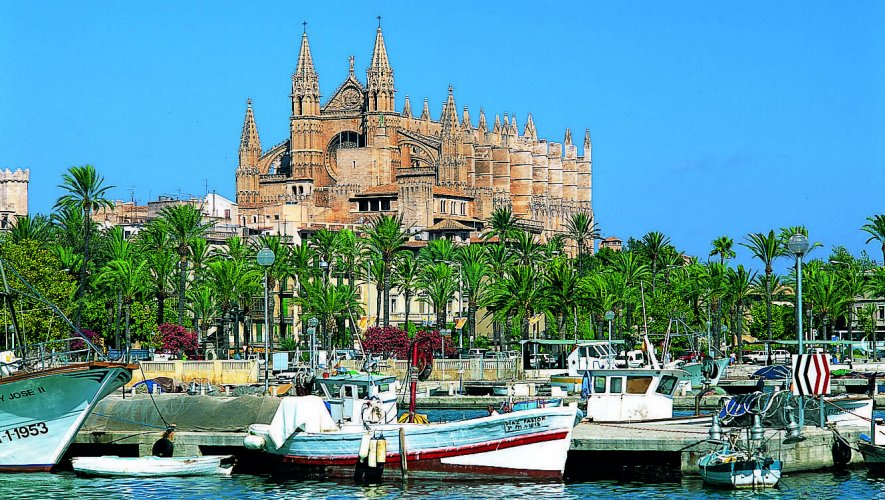 Jonathan Plumridge of Personal Touch Holidays comments on the opening up of a new bowling facility in Mallorca.

The attractive resort of Playa de Palma in Mallorca is now available as a bowling destination following the construction of a Greengauge bowling surface in a charming pine grove situated only a five minute stroll from the 4-star Hotel Riu Festival.

It was set to reopen again at the end of last month with a second celebrity visit, this time from BUPA Care Homes Open champion Greg Harlow when recent BUPA Open Champion Greg Harlow, to coincide with the launch of Personal Touch Holidays’ first holiday season as the resident tour operator.

Extremely efficiently officiated over and administered by tournament referee Alex Duckworth, the event was a great success both on and off the green, with established friendships among seasoned Personal Touch travellers rekindled and new friendships forged.

Four days’ main competition and plate bowling were enjoyed by all prior to an exciting final day which saw Godalming BC (represented by Bob Seddon, Sheila Seddon, Michael Blewitt and Ann Blewitt) triumph over Knaphill IBC (Fred Bourne, Beryl Bourne, Terrance Dockley and Margaret Dockley) to take the main competition trophy, with the plate going to Bath BC (Mike Gill, Edie Gill, Rob Underwood and Lynn Underwood), who defeated Epsom BC (Mike Thompson, Joan Thompson, Archie Flashman and Maureen Flashman) in the final.

To state that ‘a good time was had by all’ doesn’t really begin to convey the atmosphere of a week that was fun-fuelled from beginning to end, with tourist activities and a party spirit both playing a significant part in the overall experience.

Riu hotels offered its customary excellence in cuisine and service, with Personal Touch Holidays providing tours of both the enchanting medieval streets of Palma de Mallorca and the scenically dramatic mountains of the northern coastline.

In the evenings, the hotel provided nightly live music, with the Personal Touch animation team adding variety with a horse racing night and a quiz night.

The resort of Playa de Palma lends itself particularly well to off-season bowls tours in that it is extremely flat, is well-connected by easy-to-use public bus to the nearby historic city of Palma de Mallorca, and has very few outlets that close in winter.

Moreover, within Playa de Palma itself, the Hotel Riu Festival is also well located. Only a five-minute stroll from Playa de Palma’s beautiful beachfront promenade and the bus stop for Palma de Mallorca (a 45-minute journey), it also offers almost immediate access to a selection of shops, restaurants and bars, and is furthermore situated within a stone’s throw of the Riu bowling green, overlooking attractive pine groves on two sides.

For those with less intensive bowling programmes than the Personal Touch inaugural tournament participants, there are also many attractive excursion options to enjoy.

The historic country house and farm of ‘La Granja,’ for example, is set in a delightful secluded valley surrounded by wooded hillsides and offers a beautifully crafted reconstruction of Mallorca-gone-by. Staff members are clad in traditional costume, sell traditional produce and crafts and demonstrate local artisanal skills.

There are also performances of traditional music and dance and the manor house contains several collections of historic artefacts. Above all however, it is probably the grounds that will linger longest and strongest in the memory. Attractively landscaped, they contain much animal life, some lovely walks and offer a variety of memorable views.

A further option, among many, might be to visit the spectacular Caves of Drach, which contain, amongst other marvels, an underground lake on which live classical music is performed by musicians clustered in boats.

A two-week stay generates the opportunity to explore more of the island, visit a selection of its frozen-in-time medieval villages, enjoy the leisure facilities of the hotel (indoor and outdoor pools), and most of all, make the most of the enchanting city of Palma, which is worthy of at least two visits.

During a first visit most people will want to take in the major historical monuments surrounding the magnificent Gothic cathedral, which features memorable 20th century interior decoration by the World renowned Catalan artist and architect Antoní Gaudí.

Subsequent visits might be devoted to a selection of the city’s fascinating museums, shopping in its fashionable tree-lined avenues or simply idling away the day in its warren of ancient narrow streets and attractive closed-in squares. Like Paris, Barcelona or Vienna, it’s one of those places where even commonplace pastimes, such as coffee and cake, become a richly rewarding aesthetic experience.

Another option offered to Personal Touch guests is to conclude their memorable bowling sojourn in Mallorca with a bargain priced quality cruise aboard the multi-facility MSC Sinfonia.

Calling at the gloriously varied ports of Barcelona, Marseilles, Genoa, Naples, Palermo and Tunis, the Sinfonia is an elegantly appointed 4-star vessel offering excellent cuisine, two swimming pools, two whirlpools, a gymnasium, a sauna, two restaurants, a pizzeria, a grill, a theatre, a discotheque, a casino and a shopping gallery.

Whatever your tastes and preferences might be, if you’re a bowler that generally travels abroad during the winter, Mallorca now presents an extremely seductive offer. Should it appeal to you, please contact Personal Touch Holidays on 01403-786200 for a copy of our latest brochure.