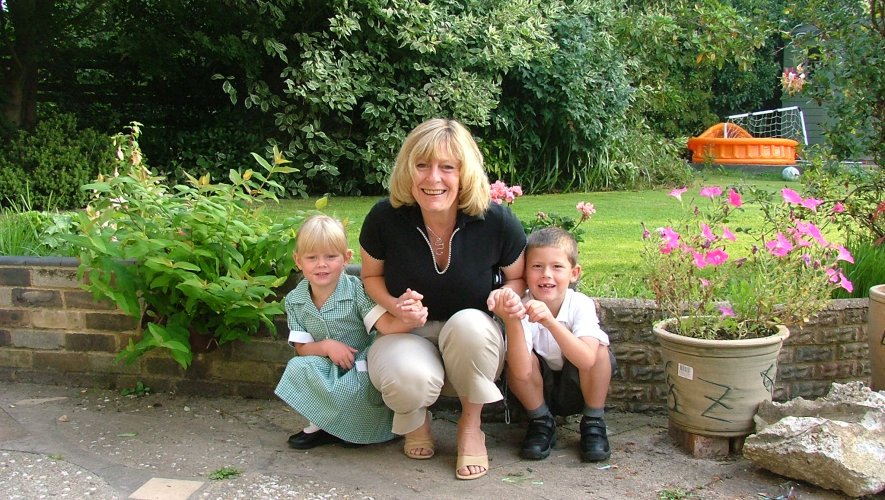 On March 23rd this year bowls travel, the holiday industry, and all her friends and family lost a very special person, the like of whom I’ve never known. It both amazes me and touches me enormously that so much drive, love and humanity could be compacted into a single person. ‘Lovely’ was the word that I most often heard people use to describe Sharon, and lovely she was, dedicating most of her life to making the lives of others better, richer, happier and more fun for her presence. Above everything else she loved people, ‘from all walks of life’ she used to say, profoundly, and with a deep, warm and passionate interest. When others might have struggled to remember a name, Sharon could recall an entire family tree, and clearly remember everything that had been troubling or delighting the name bearer, and indeed others that the name bearer cared about, from the last time they had met (which might well have been years earlier). Everyone felt special in Sharon’s company, fully appreciated, and cared for.

It was this love of people that gravitated Sharon towards a career that would enable her to meet, work with, and enjoy the companionship and friendship of many different types of people from many highly contrasting countries and cultures. It also pointed her in the direction of caring for people, as they themselves experienced the same joy of travel that so stimulated Sharon herself.

And so it was that through hard work, strength of personality, her love of her role, and her delight in travel, Sharon found herself on the front-line of new destination development for Saga Holidays, opening up operations in then virgin areas such as Ceaucescu’s totalitarian Romania, third world coastal Turkey, and war-torn coastal Israel. The more she could do to help, the more she enjoyed her job, even learning how to cut hair when working in Romania, so that elderly ladies in her care could maintain a much needed pride in their appearance despite the absence of any local hairdresser that could speak English. Everywhere she went she also generated affection-inspiring fun. ‘If they dig us up wearing all this lot, they won’t have a clue when we died’ joked one of her guests after she’d had them all dress up in ancient Greek costume for a theme night, just prior to an unexpected earthquake shaking the foundations of their hotel in Cyprus.

Following a decade of such front-line travel action, Sharon was head-hunted by a Spanish hotel chain that she’d impressed and was offered the fresh and enticing challenge of improving UK sales to a large hotel in Tenerife. This was a large hotel with a recently constructed bowling green.

And so it began, an affectionate association with bowls and bowls clubs throughout the UK that was to endure throughout the remainder of Sharon’s life.

Typically, it wasn’t so much the sport itself that fascinated Sharon, although she fastidiously interested herself in its requirements, but the friendly communities of mutually supportive bowlers that she encountered the length and breadth of the country, and the opportunity that she was presented with to make their overseas holidays truly special.

When her ability to do this eventually became impacted upon by what she regarded as somewhat cynical commercialism and ‘petty politicking,’ her role at the hotel chain began to pall, and her search for a way out eventually led to her return to the UK to form her very own holiday company, Personal Touch Holidays. At last she’d be able to offer the sort of service that she’d always wanted to.

Grand as forming your very own holiday company sounds, what it amounted to in the early days was a heap of papers in her mum’s back bedroom and very little money. Sharon always loved a challenge however, had great self belief, and wonderful determination and focus.

One of the first big hotel chains to take an interest in Sharon was Riu Hotels, who entrusted the marketing of their recently acquired Isla Canela bowling green to her. Such was the success of this co-operation that Riu Hotels then constructed new bowling greens in Mallorca and Port El Kantaoui in Tunisia, specifically with Personal Touch Holidays in mind, and before long Personal Touch Holidays were able to make the proud boast that they had operated bowls tours to every continent except Antarctica.

On one most memorable occasion I remember participating in the realisation of one of Sharon’s most treasured travel dreams. She had always wanted Personal Touch to one day be in a position to charter an aircraft, and I was delighted that it fortuitously fell to me personally as the guide looking after a group of some 90 bowlers touring Brazil and Argentina in 2007 to announce “the departure of flight number PT1 from Rio de Janeiro to Iguassu.”

Just as I was about to stand up to make this announcement at the front of our privately chartered aircraft, I remembered a pair of swimming goggles that I was carrying in my shoulder bag. And so it was that Sharon’s first ever charter flight took to the skies apparently in the hands of some dangerously crazed Latino Biggles with a disturbingly apparent lack of appreciation for the etiquette of aviation but a keenly developed instinct for comedic timing. Entirely faithful to the fun-loving spirit of Sharon, we took wing that day as one mirth-fuelled family, delighting in the joys of shared experience and excited by our expectation of further exciting discoveries in the South American rain forests.

For the last seven years of her life, whilst still very much at the helm at Personal Touch Holidays, Sharon gave herself over heart and soul to providing love, nurture, and repair to two little injured souls that providence (and the West Sussex Adoption Services) had placed in our care. Now finding their feet, it is no exaggeration to say that only someone of Sharon’s single minded focus, mental strength and totally unconditional capacity for love, could have provided Jazmin and Casper with the understanding that they so desperately needed to recover from their early childhoods, open themselves up to the affection of others, and feel for the very first time, something of the enjoyment of life.

Personal Touch Holidays was, and remains, very much a company in Sharon’s own image, a caring, family company with a passion for travel that always seeks to prioritise people and their enjoyment of life above all other considerations.